I hope you have all been enjoying the winter weather. This season I had the opportunity to embrace the cold by partaking in an ice fishing trip, which was a refreshing break from the last few months of conference organization and course planning.

The 2014 Fall Conference was a tremendous success, which was largely due to the array of interesting and dynamic guest speakers, the venue, Inspector Scott Green and his dedicated team. The Guelph Police Service hosted an outstanding conference, which attracted over 200 attendees from various police and correction services. I would also like to say thanks again to those attendees who completed the conference feedback forms. The information is greatly appreciated, as it will be used to continue building and improving future conferences. The general comments provided constructive feedback that was very encouraging.

One major conference highlight was the presentation for the winner of the inaugural Exemplary Leadership in Critical Incidents Award to Major-General (ret’d) Lewis MacKenzie. It was a great honour to meet such a respected and admirable individual in critical incident commanding. MacKenzie has graciously accepted the Exemplary Leadership Award to be named after him. For future fall conferences, the Lewis MacKenzie Award will be given to police officer(s) or correctional worker(s) who have demonstrated great leadership during a critical incident.

Over the last several months we have seen multiple hostage events take place around the world. The hostage taking at the Lindt Café in Sydney Austria and incidents in France have involved Islamist Militant groups, but more importantly, these events have brought further attention to negotiating with instrumental politically motivated criminals. The case in Sydney involved a hostage taker, Man Haron Monis, a self-proclaimed Islamic Terrorist, who held 18 hostages for 16 hours in a café. During that time he made several demands with deadlines, which included speaking with Australia’s Prime Minister, Tony Abbott. Under the circumstance, I believe the New South Wales Police Service did an exceptional job.

These hostage taking events remind us of the value and tremendous responsibility a crisis negotiator has in relation to the incident command triangle. Hostage taking events can happen anywhere, including Canada, particularly with the recent terrorist arrest in Ottawa by the RCMP and Ottawa P.S., known as Project Servant, and the Via Rail train derailment plot that took place in 2013 which is now undergoing trial in Toronto.

Crisis negotiation training has an emphasis on knowing how to negotiate with the expressive criminal and potential hostages, which remains the most common type of call. However, with the growing rate of politically motivated terrorist groups emerging in Canada, we must undergo training to properly deal with the instrumental and politically motivated ‘hostage taker.’ Media sources often invite individuals they consider to be ‘hostage negotiation experts’ to discuss the unfolding events and provide opinions or commentary to the news organization. A major error that continues to persist during media coverage is the unnecessary and harmful use of the word ‘hostage.’ As a trainer and former Crisis Negotiator, those in the field know that using the word hostage should be avoided; it can oﬀer ideas to the potential hostage taker and/or reaffirm to the suspect that they have possession and control over hostages. Referring to the hostages by their names (if available), or at the very least personalizing them to add meaning is crucial. A well-trained crisis negotiator can build and use the Survival Identification Syndrome to their advantage to gain longer conversations. The longer a conversation to work out deadlines and details takes, the higher the possibility that a rapport can be built with the suspect to enhance the likelihood of a successful tactical intervention.

The Stratford Police Service and CCII are excited to announce this year’s Fall Seminar, at the newly renovated Arden Park Hotel, October 26 to 28, 2015. The format has been changed from conference to seminar, to allow a greater interaction with the attendees and enhance the learning experience. The upgraded Arden Park Hotel provides an excellent venue in the beautiful town of Stratford.

Take care and be safe, 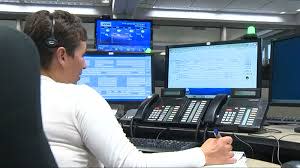 What I Have Learned from Training 911 Communication Professionals

CCII is pleased to announce its recent addition of Detective Inspector (ret.) Monique Rollin who will join the CCII team as Vice President and Director of Training