I had the pleasure of instructing the Crisis Negotiators course to a number of hosting police services, namely Brantford, Stratford and Niagara Regional. Other police services that attended the courses were Woodstock, Hamilton, Halton, Barrie, Toronto ETF, Chatham-Kent, Waterloo Regional, St. Thomas, La Salle and Durham Regional. Those police services recognize the need to have qualified crisis negotiation training that is accredited by the Ministry.

The CCII Crisis Negotiators course continues to adjust the course content to go beyond the Ministry accreditation standards and include emerging trends and challenges facing the demanding job of today’s crisis negotiator. I have the privilege of meeting many police officers during the courses and I truly enjoy the opportunity to discuss these challenges and emerging trends.

A couple of weeks following the crisis negotiators course hosted by Niagara Regional Police, I received an email from one of the NRPS Emergency Task Unit (ETU) members, who took the course. I was told that he and other members of the ETU attended a call involving an armed barricaded suspect. The ETU member was able to apply some of the crisis negotiating techniques, such as subject assessment, rapport building, establishing hooks and triggers. This lead to a successful and smooth hand-oﬀ to the crisis negotiating team, which resulted in a peaceful surrender. This example re-enforces the need for the tactical officers to be crossed trained as crisis negotiators.

The Hamilton Police Service hosted the CCII Critical Incident Command course. Greg Lamport and I had the pleasure of instructing not only Hamilton Police officers, but also members from Niagara Regional, Stratford and Toronto ETF. Again, the feedback was positive and the course content went beyond the course training standards as prescribed by the ministry for accreditation, to include current challenges facing today’s critical incident commanders. One of the topics of discussion was “time / tolerance” issue. How long does the incident commander maintain containment, road closures, cycling tactical, crisis negotiation teams and uniform personnel in order to meet the objective and adhere to the mission statement.

It’s my humble opinion, that the Incident Commanders of today have a higher level of tolerance, than years past. This stems from a greater understanding of the complexities of critical incident command and negotiation and the ways to resolve crisis. The Ontario model (CCII) is more tolerant and accommodating of time issues relating to the call and is at the leading edge when it comes to providing the best and most up to date practices in the field.

The theme for the 2015 Fall Seminar was “extremism”. The threat posed by those with extremist views present new and complex problems to Canadian law enforcement agencies. Last year’s theme “extremism” has brought in subject matter experts to provide you a deeper understanding of extremism in various forms and the risk to public safety it presents, with an emphasis on Canadian content.

Building on the theme "extremism” and the great success of the CCII / Stratford Police 2015 Fall Seminar, it was agreed to move forward with the theme of “Homegrown Terrorism and Radicalization”. Guest speakers included subject matter experts from New York Police Department, Insp. Mike Maloney of Ottawa Police Service and Phil Gurski. They shared their expertise and experiences in dealing with this real and very serious threat to public safety.

The seminar response was overwhelming with 180 members from corrections and police services from Ontario and New York State in attendance.

Crisis negotiation, critical incident command and related tactics are a dynamic, challenging and demanding aspect of policing, which requires constant training. Learning from each other’s experience has proven to be an excellent way to improve and maintain a high level of standards. The Command Post and seminars allow this opportunity. Let us also not forget that crisis negotiation and critical incident command training is an important aspect of policing. To ensure the members receive the best training methods alongside the fundamental skills and abilities to do their job safely, and the best serve the public at time of crisis, is paramount. Notwithstanding the Ontario Regulation 3/99 of the Police Services Act, emphasizing adequacy and eﬀectiveness of police service provides a legal obligation to ensure proper training methods and time lines are followed.

Take care and be safe. 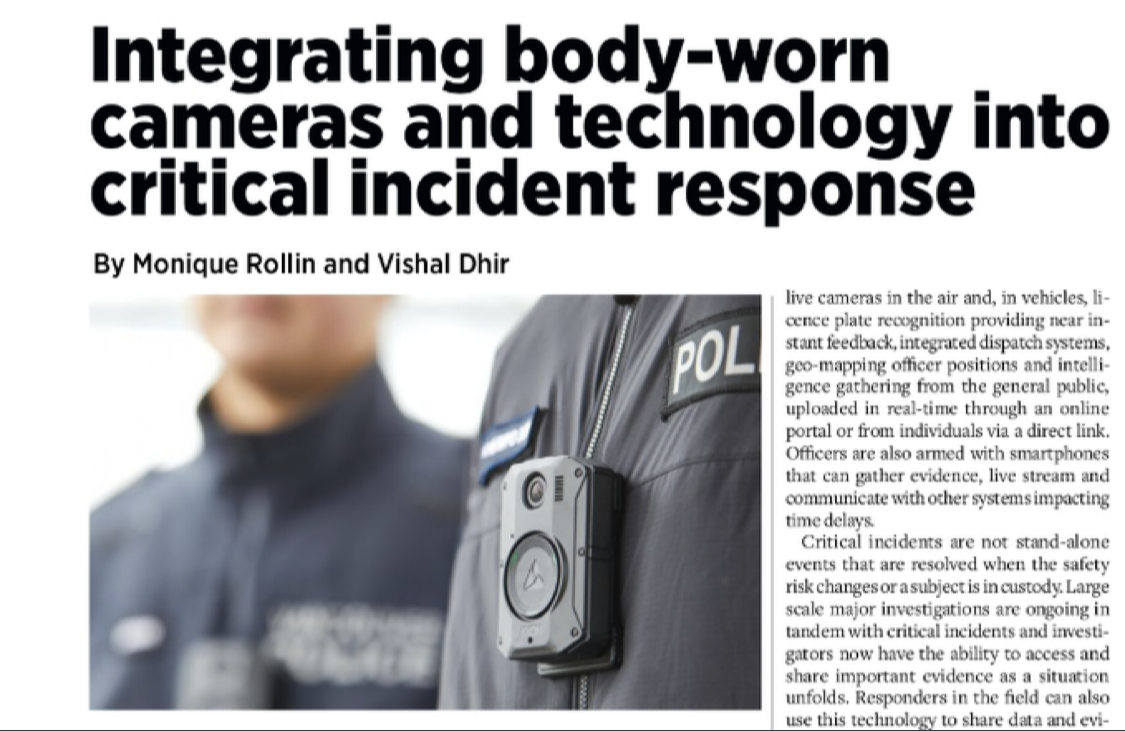