What makes our team so great?

Police personnel/services are better able to support community safety and use peaceful resolution in high-risk incidents when they have received quality training in crisis negotiations and incident command response, particularly in situations while attending to those suffering from mental illness and in a state of crisis. 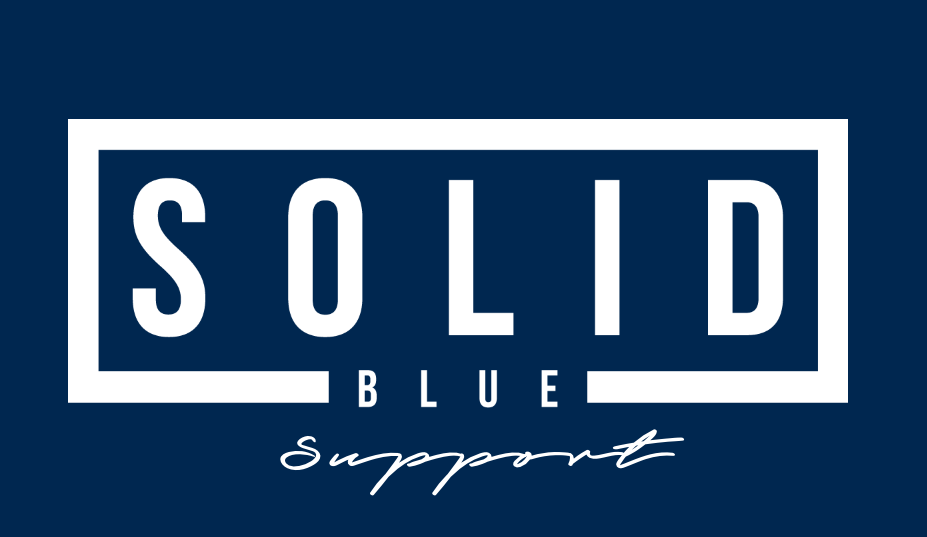 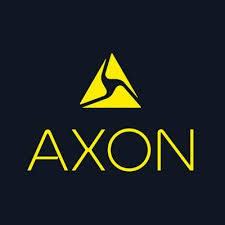 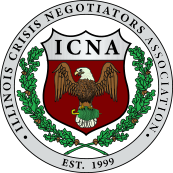 ICNA is focused on providing the most relevant training, posting up to date news, and presenting awards to high achieving teams across the state. 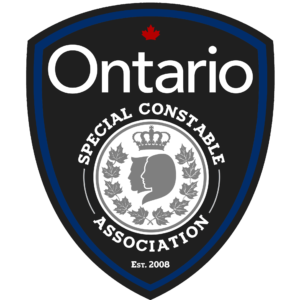 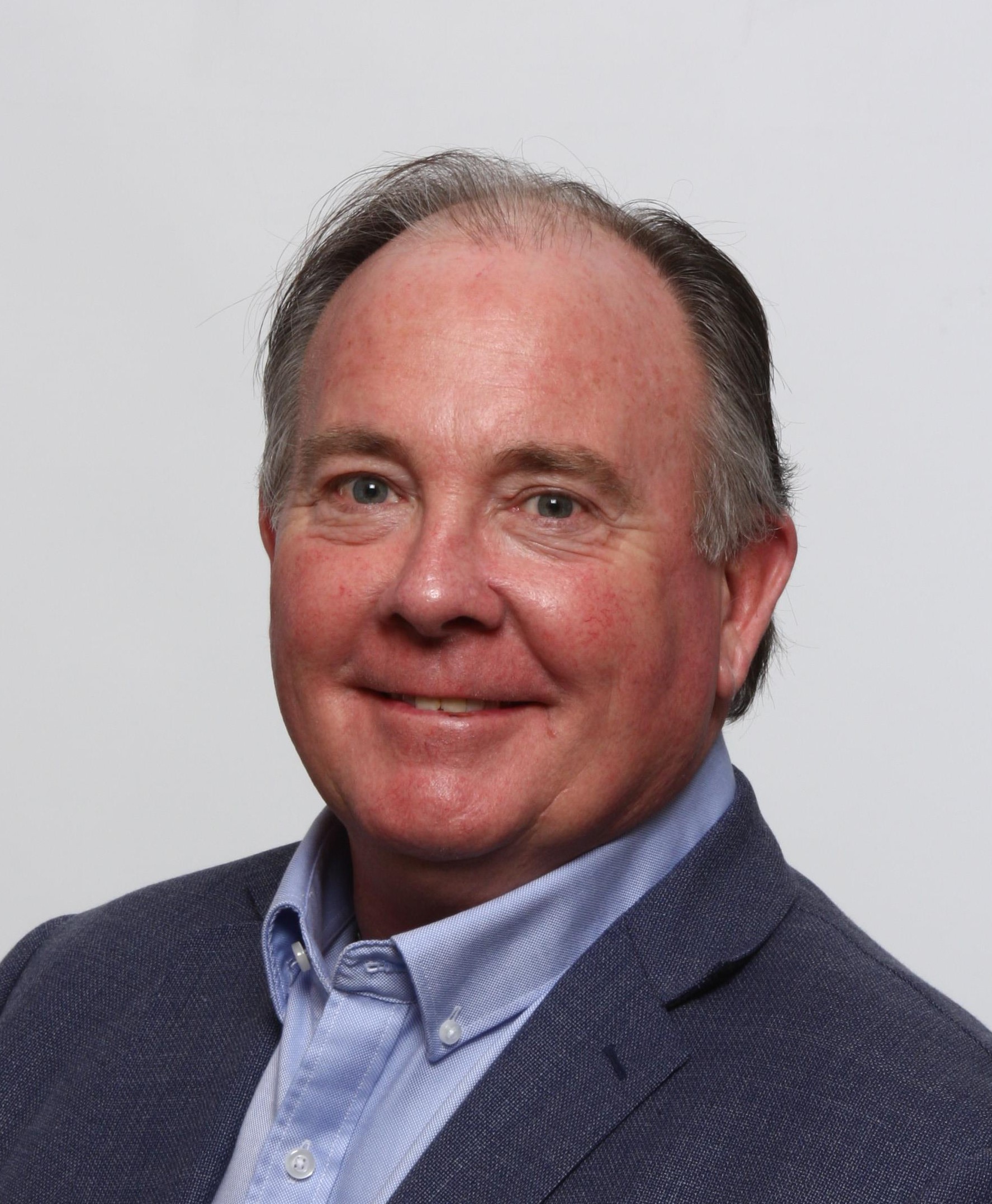 Tom Hart served 33 years with the Durham Regional Police Service. He was assigned to frontline uniform duties, the Tactical Support Unit, Criminal Investigation Branch, and Homicide Joint Task Force with eight other police agencies, promoted to Detective, and assigned to the Intelligence Branch. For seven years he was primarily involved with investigating outlaw motorcycle gangs, and qualified as an expert witness. Following this he created and lead the Offender Management Unit as the Unit Leader for six years. His commitment to managing high-risk sex offenders and violent offenders qualified him as an expert witness. Tom became a qualified Crisis Negotiator, during twenty years in this position he faced many challenges in Crisis Negotiations and Incident Command responding to over 150 call outs. Tom's twenty years as a Crisis Negotiator and eight years with the Durham Regional Police Tactical Support Unit, followed by four years later with the Nuclear Security Tactical Response Team, adds tremendous value to CCII.

Immediately following his retirement, Tom became the president of the Canadian Critical Incident Inc. (CCII). CCII delivers current, comprehensive, and dynamic courses in Major Incident Command and Crisis Negotiation, which supports the hosting police service to be accredited by the Ontario Ministry of the Solicitor General. CCII develops and hosts The Annual Fall Seminar for Crisis Negotiators, Incident Commanders, Tactical and Correctional Officers. In addition to the seminar, he is the Editor-in-Chief of the Command Post newsletter. Tom also provides a two-day Crisis Negotiators Introduction course, which is offered at Durham College and Georgian College. The Crisis Negotiators Introduction course is designed to provide a general understanding of Crisis Negotiation, to assist first responders in dealing with the challenging, demanding, and potentially violent interaction with persons suffering from a mental illness and in a state of crisis.

Jeff's knowledge and vast police experience as a former crisis negotiator adds great value to the CCII Advisory Board and his commitment to continuing research and education in the complex world of crisis negations by way of producing the Crisis Negotiation Newsletter. 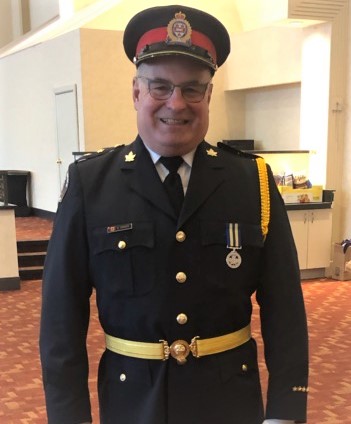 As a former Tactical Officer, Incident Commander and Senior Officer, Scott brings a great deal of knowledge, experience and will add tremendous value to the CCII Advisory Board.

Scott Green is now the Manager of Corporate and Community Safety for the City of Guelph.  This management role oversees the Emergency Management program, for the City of Guelph, as well as the Bylaw and Security Services. As a former Tactical Officer, Incident Commander and Senior Officer, Scott brings a great deal of knowledge, experience and will add tremendous value to the CCII Advisory Board. 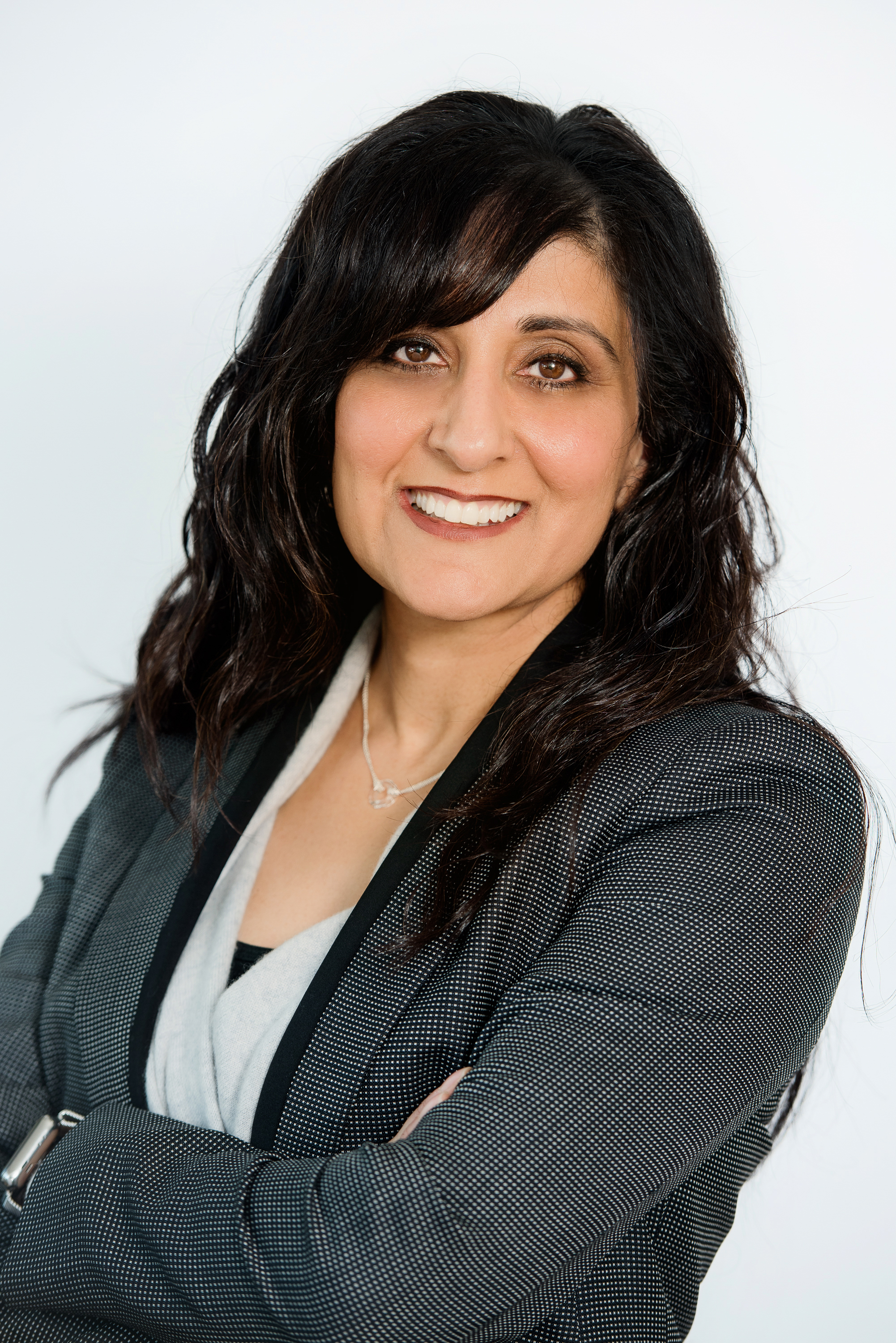 Dr. Mini Mamak is a Psychologist, licensed to practice in the province of Ontario since 1999. Dr. Mamak is the Founder and Managing Director of Solid Blue Support. Dr. Mamak has extensive experience providing consultation and support to police agencies as well as, other public and private organizations.   She has provided assessment, training and consultation in the areas of threat assessment, crisis intervention, and hostage/barricaded situations.  She is routinely called upon to assist police negotiators and incident commanders during barricaded situations.   Dr. Mamak has also provided wellness sessions to police members assigned to high risk units and she has provided individual private therapy to police officers and first responders. Dr. Mamak is currently the Senior Psychologist with the Forensic Psychiatry Program at St. Joseph’s Healthcare, West Fifth Campus, in Hamilton, Ontario and she holds a faculty appointment with the Psychiatry and Behavioural Neurosciences Program at McMaster University. Dr. Mamak is a routine lecturer for the CCII Major Incident Commanders Course and Crisis Negotiators Course. The International Association of Chiefs of Police recently awarded Dr. Mini Mamak the 2022 / ACP Leadership in the field of Police and Public Safety Psychology Award. " Dr. Mamak is an exemplary form of leadership in the policing profession". 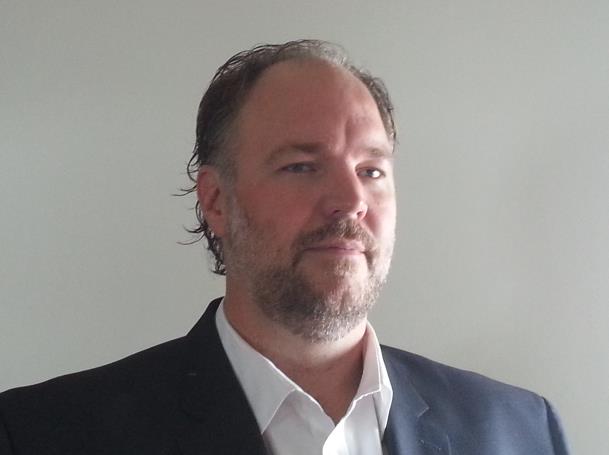 Jon Beninger began his career with the Ministry of the Solicitor General in 2002 as a Correctional Officer at the Central North Correctional Centre in Penetanguishene Ontario, which houses approximately 1200 inmates. In 2004 Jon promoted to Sergeant and became a Crisis Negotiator.  As a Crisis Negotiator he was involved in multiple team negotiator activations including suicidal and barricaded inmates, inmate protests and several large scale violent prison riots.  In 2014 Jon was offered a unique opportunity to join the Ontario Correctional Services College as the Provincial Coordinator for the Negotiator program under the Provincial Emergency Response and Security Unit.  Jon has since expanded the Provincial Negotiator Program membership and elevated the training to match the ever evolving and challenging inmate population throughout the diverse variation of Provincial institutions.  Through his vast personal and professional experiences, Jon has seen and believes in the power of communication to resolve crisis. 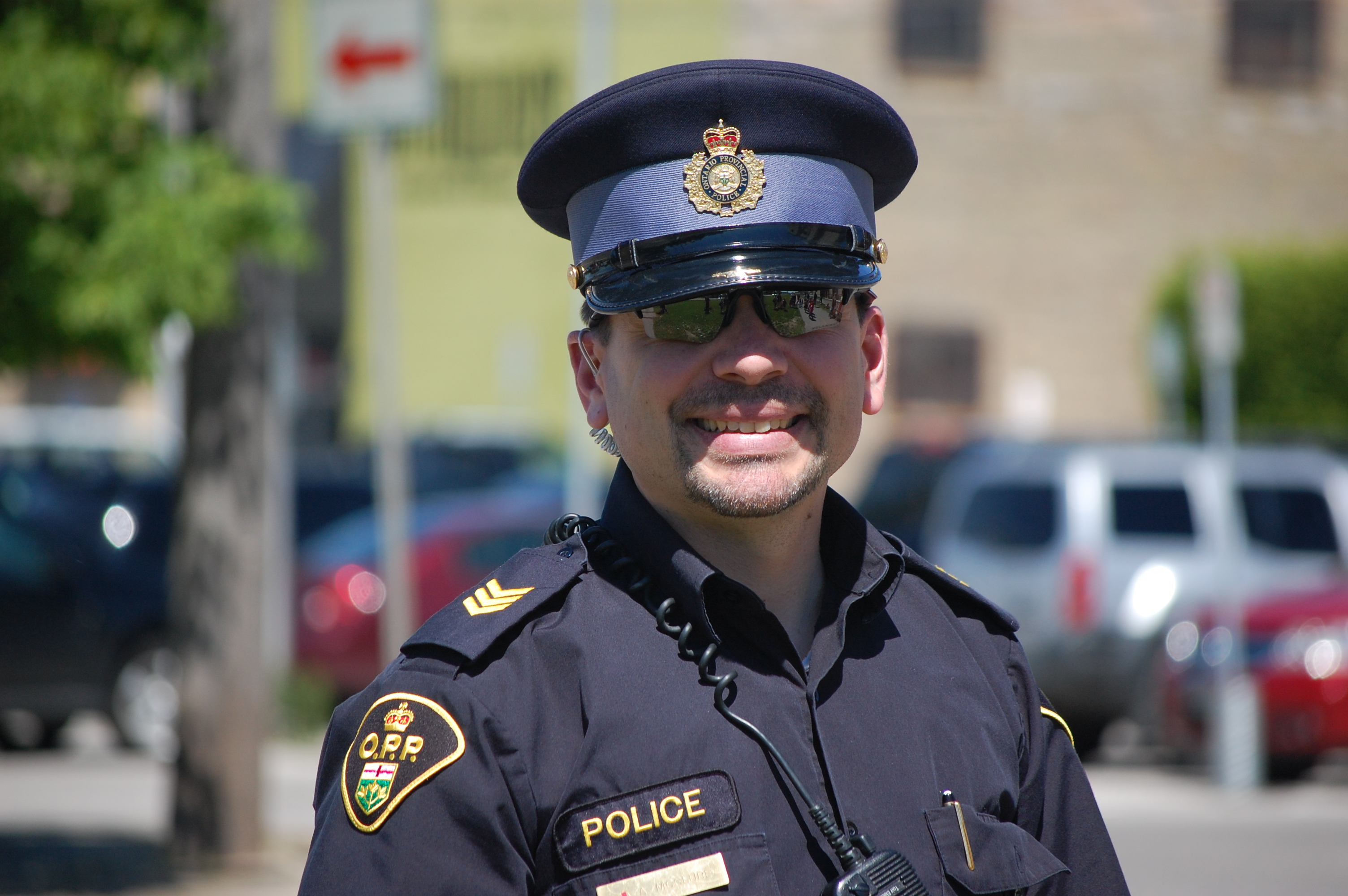 Sergeant McClure started his career with the OPP in 1996 at the Kanata detachment before transferring to the Elgin County (St. Thomas) detachment in 1999. Aaron became a crisis negotiating team member in 2001 primarily working out of south western Ontario. Aaron has worked as a uniform patrol member before becoming a Sgt of the communication center in 2007. He then went back to patrol and was a platoon supervisor. During that time he was also the team leader for the West region crisis negotiation team. Aaron is also a graduate of the University of Western Ontario with a Hons. BA in Sociology. Aaron is an experienced Crisis Negotiator and is currently the OPP Crisis Negotiator and Critical Incident Scribe Program Co-ordinator.

Dr. Peter Collins is the Forensic Psychiatrist with the OPP Criminal Behaviour Analysis Unit of the Behavioural Sciences & Analysis Section. Dr. Collins is also a Consultant Forensic Psychiatrist to RCMP “O” Division. He has been a member of the Toronto Police Service ETF Crisis Negotiation Team since 1992 and has assisted many other police Crisis Negotiation Teams throughout Ontario. Dr. Collins is an expert on violent crime and has worked with, and instructed, numerous criminal justice agencies in Canada, the United States. In addition, Dr. Collins consults to the Behavioral Analysis Unit of the U.S. Marshal’s Service, the Profiling Unit of the Florida Department of Law Enforcement, the Investigative Psychology Unit of the South African Police, and the Behavioural Sciences Section of the Calgary Police Service.

Constable Pat Dietrich is a member with the Brantford Police Service.

Pat is currently assigned to the Training Section as a Use of Force Trainer and is the Negotiator Team Coordinator and has significant knowledge and experience as a negotiator.

Constable Pat Dietrich is in his 17th year of policing with the Brantford Police Service.  His uniform experience includes front line patrol and collision reconstruction.  He was a five-year member of the Emergency Response Team and designated as a crisis negotiator in 2015.  Pat is currently assigned to the Training Section as a Use of Force Trainer and is the Negotiator Team Coordinator.  He is very passionate about crisis negotiation, and has significant knowledge and experience as a negotiator. Pat is a dynamic instructor and brings his professional and personal experiences and expertise to every presentation. He is certified in Mental Health First Aid and Crisis Intervention and is a strong advocate for mental health awareness. Pat brings a great deal of current knowledge and experience to the group of CCII Instructors. 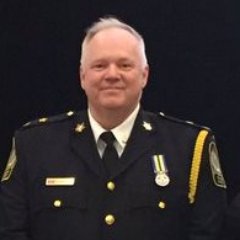 Steve brings extensive knowledge and experience to our Incident Management System (IMS) curriculum. He is an experienced emergency management / law enforcement professional who recently retired after serving 30 years with Metrolinx (GO Transit), Ontario’s interregional transit system. He was the Manager of Operational Support & Emergency Management, Safety & Security Division holding the rank of Inspector. Steve led the development & introduction of the Regional Transit System Emergency Management Plan and Program, including policy development, training, exercises and IMS. Most recently Steve assisted in Metrolinx establishing its tactics for its COVID-19 Incident Command Team.  In addition to Emergency Management Steve had oversight of the Explosive Detection K9 Team, Training and Logistics sections in support of a 200+ member Transit Safety Special Constable Operation.  Steve is also an experienced Incident Commander and has served in Duty Officer Role having attended to numerous emergency scenarios involving Metrolinx/GO Transit from fatalities, derailments, critical security incidents, and extreme weather events. He is a certified IMS and EM instructor by the Ontario Fire Marshall & Emergency Management.

Dr. Collins CD, MD, MCA, FRCPC is assigned to the Operational Forensic Psychiatrist Criminal Behaviour Analysis Unit Behavioural Sciences and Analysis Section Criminal Investigation Support Services with the Ontario Provincial Police. He is an Associate Professor with the Division of Forensic Psychiatry University of Toronto. For the last 25 years, Dr. Collins has been a member of the crisis/hostage negotiation team, of the Toronto Police Service Emergency Task Force, since 1992, where he has assisted the ETF at the scene of numerous barricaded and hostage-taking situations.  In addition, Peter consults to the Behavioral Analysis Unit of the U.S. Marshal’s Service, the Profiling Unit of the Florida Department of Law Enforcement, the Investigative Psychology Unit of the South African Police, and the Behavioural Sciences Section of the Calgary Police Service. Peter retired from the Canadian Armed Forces (Reserves), at the rank of Lieutenant-Commander, and served on 2 deployments in Southern Afghanistan.  In October 2012 he was awarded the Queen’s Diamond Jubilee Medal in recognition of his contribution to the Canadian Forces.  Dr. Collins brings a great deal of expertise and knowledge to co-instructing and as a special guest lecture to CCII, which adds termendous value to the courses and seminars.

In 1997 Peter was elected a member of the International Criminal Investigative Analysis Fellowship. He is an authority on violent crime and has worked with, and instructed, numerous criminal justice agencies in North America, and internationally, including the FBI, the U.S. Department of Homeland Security, Interpol, and Europol.

Detective Kate Harrison recently retired from the Durham Regional Police Service, with 31 years of dedicated service. Her policing experience included uniformed patrol, Major Crimes Branch - Sexual Assault / Child Abuse and the Criminal Investigation Branch. Detective Kate Harrison has 15 years as a qualified Crisis Negotiator. Kate Harrison is now a Reverend of a Spiritual Centre in Peterborough and grief counselor. Kate Harrison brings a great deal of expertise and knowledge to co-instructing with CCII, which adds tremendous value to the courses. 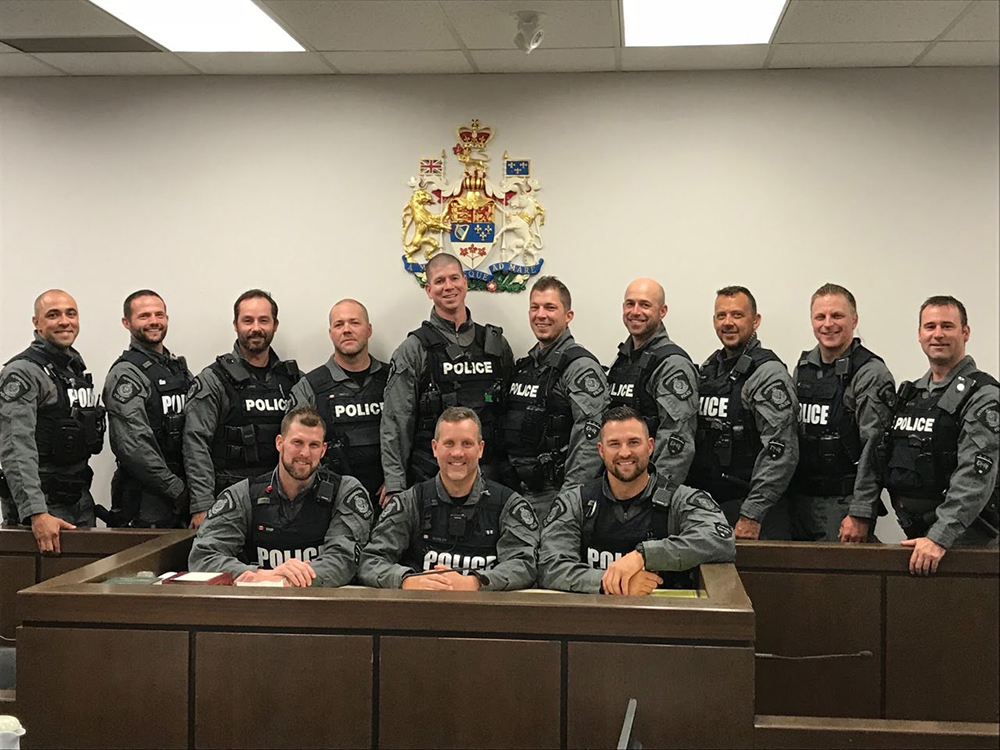 Staff Sergeant Laine Schubert is in his twenty-six year with the Peterborough Police Service. Twelve years of his career have been spent in a plain clothes capacity and he has been involved in more than 20 projects with various police services across the province of Ontario, as well as other provinces in Canada.

Laine became a member of the Emergency Response Team in 2001 and completed a 10 year term as a constable on the team and in 2014 he returned to the team as a Tactical Commander / Team Supervisor.  He is a qualified and experienced Crisis Negotiator and Major Incident Commander.

Staff Sergeant Laine Schubert brings a great deal of experience, expertise and knowledge to his instruction with CCII.